The $30,000 Cup race contested over Fort Erie’s turf course is named after Puss N Boots, who veered off the track and took a dip in the infield pond during a race back in 1961. Although Puss N Boots didn’t complete the race, he undoubtedly set the tone for the winning connections of this popular 1 1/16 mile race named after him at the border oval. While hesitant at first, both Moreno and Loescher kept the tradition alive by jumping into the infield pond, much to the glee of the by-standers watching on. 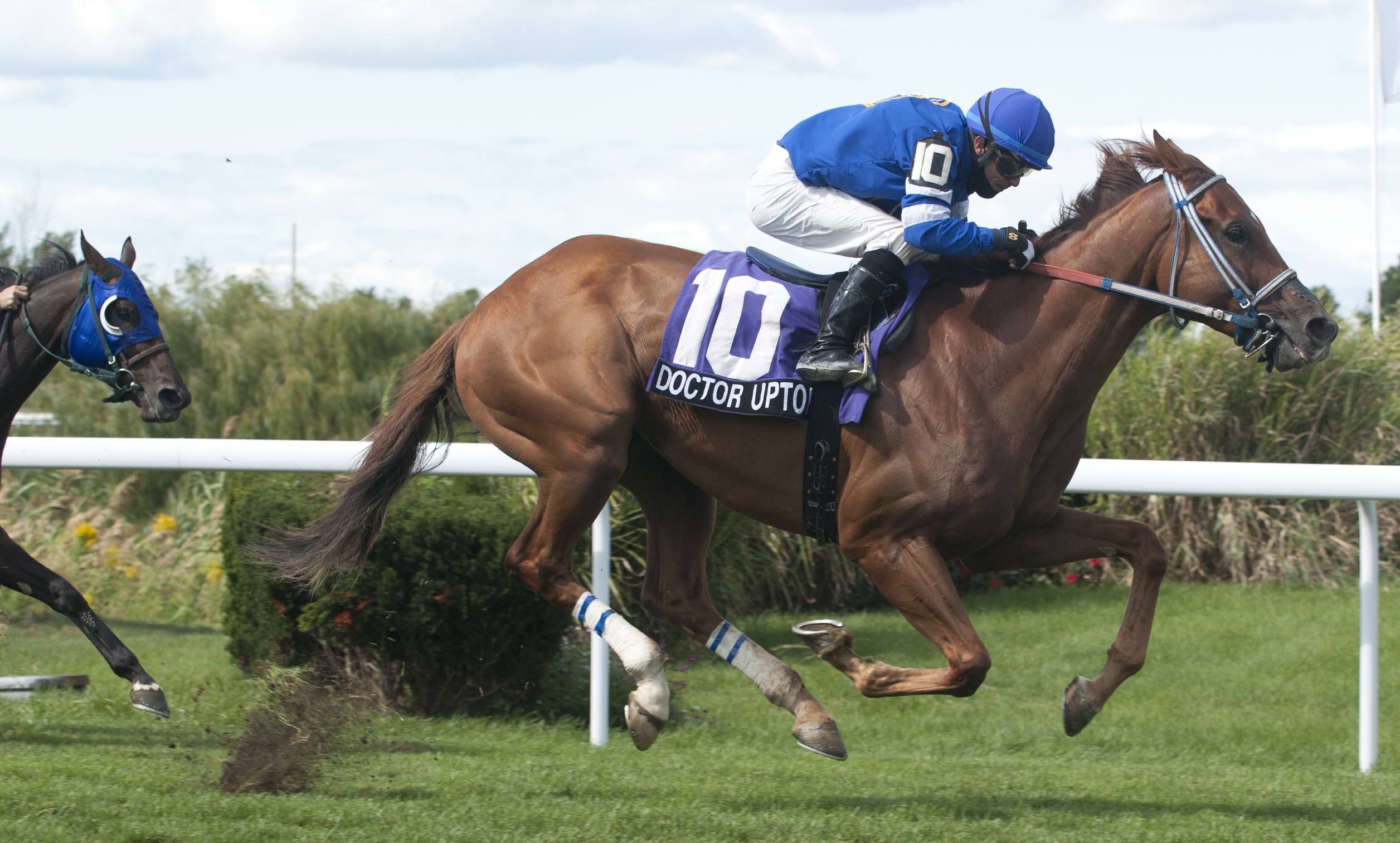 Loescher was all smiles after securing the win and was not short on words for what the win meant to her. “Actually, this is a very big win. I told my dad I would jump in the pond for him because he wanted to win it for years and - it’s just good.”

Omar Moreno had three wins on the card and doubled up on wins with Paula Loescher by taking the nightcap with American Driven.

The $30,000 Horsepeople’s Luminary Cup, the second feature race on the card was nabbed by Yes Please for owner Deborah Fletcher, trainer John Simms and jockey Jeffrey Alderson. Holding his son Chase in his arms, Alderson was more than pleased with his mount’s performance in the six-and-a-half-furlong endeavour over Fort Erie’s dirt course.

“I had a really good trip with Yes Please. Today, you had to be up close to the pace with the rain we got yesterday - but he ran a very good race, and I was happy that we got the win today.”

There are 15 more racing days left on the Fort Erie racing calendar. The Prince of Wales Stakes, the second jewel of the OLG Canadian Triple Crown will be run next week on Tuesday, September 14.