FORT ERIE, January 14, 2021 - Fort Erie Live Racing Consortium announced today that after five years as chief operating officer/ chief financial officer of the Fort Erie Live Racing Consortium, Tom Valiquette has decided to take a step back from some of his COO duties, but will continue to maintain an important executive leadership role with FELRC as chief financial officer. 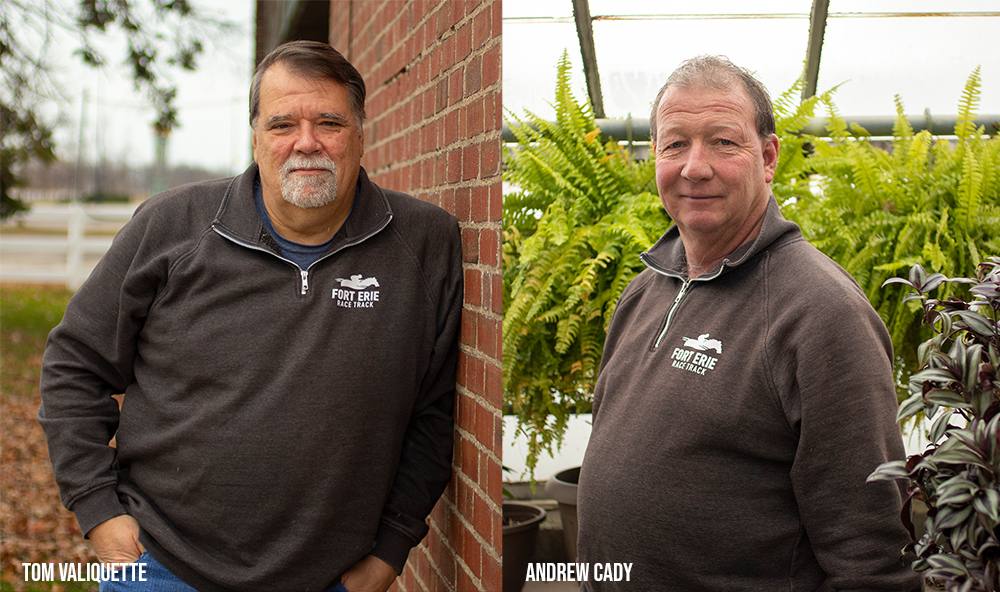 Valiquette was the first employee hired by the FELRC in 2009 as the CFO, and was responsible for helping to build the team that would operate Fort Erie Race Track. Valiquette took on the role of chief operating officer in July of 2015, when former COO Rick Cowan retired.

With more than 40 years of experience in the racing industry, Fort Erie Race Track has seen considerable growth and improvements under Valiquette’s leadership.

Andrew Cady, FELRC’s manager of property services, will take on a newly created role as the general manager, which will include overseeing all racing and mutuel operations at Fort Erie Race Track.

Cady first joined the racing industry in 1977, working in the backstretch at Fort Erie for his dad, who was a trainer at the time. He started working for Fort Erie Race Track in 1987 on the starting gate and eventually became the gate starter. Over the years he has worked in a number of different positions at Fort Erie, developing his knowledge and experience in the racing industry. In 1993 Cady began working with Nick Gonzalez at his Fort Erie barn during the summers, and at Tampa Bay Downs and Gulfstream Park in the winters.

In 2015 Cady took on the role of track superintendent and assistant maintenance manager, and in 2016 became manager of property services. His passion for Fort Erie racing combined with his extensive experience and deep understanding of the industry makes Cady a perfect candidate for the newly created role of general manager for FELRC.

“It would be hard to over-estimate the critical role Tom has played at FELRC since 2009. Along with our Board of Directors, throughout the past 11 years, we have been through many serious challenges and many ups and downs. Now that Tom is reducing his workload, he remains a strong and essential member of my senior management team,” said Jim Thibert, chief executive officer of FELRC. “We have secured a long-term funding agreement through Ontario Racing Inc and we move into a new chapter for the future of the Fort Erie Race Track. We want to congratulate Drew Cady on his new leadership role. We are confident that his knowledge and experience in the industry will allow him to successfully lead our racing operations at Fort Erie.”