From Sinkhole to Winner's Circle: The Mr Changue Story 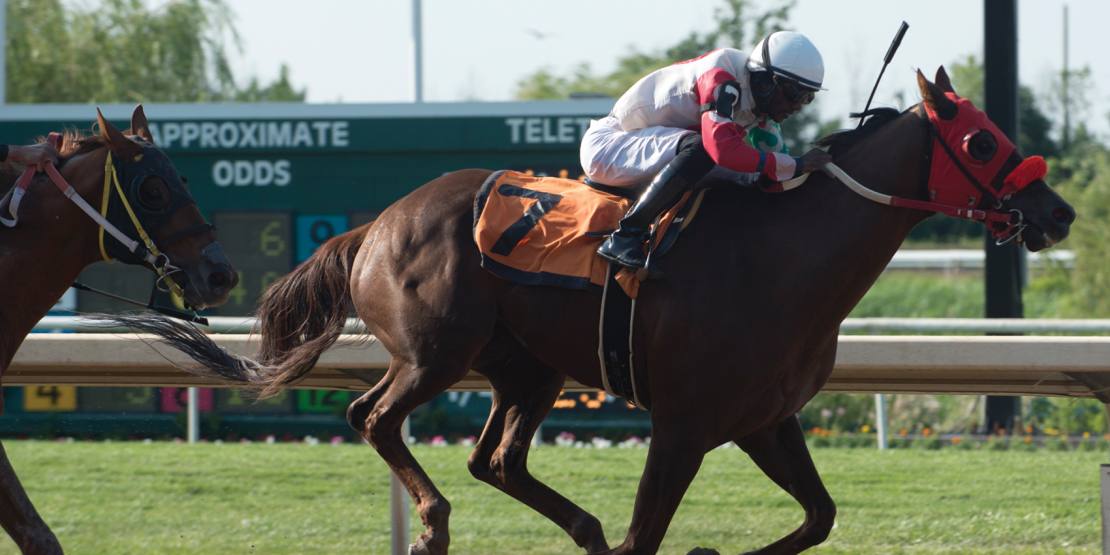 On the morning of July 11, Mr Changue was grazing along the backstretch at Fort Erie Race Track, when he found himself swallowed up in a sinkhole. Twelve days later he was in the winner’s circle posing for the cameras.

"He was just standing there and all of a sudden he started to sink," said Audrey Albu, wife of Mr Changue's trainer Ken Albu after the event. She was out with the six-year-old colt while he grazed, when a water main break caused the ground to collapse beneath him.

"We tried to get him to jump out at first, but the more he jumped and thrashed, the deeper he sunk," she said. After nearly 45 minutes, the horse began to tire and they knew that they needed help to rescue him. Fort Erie Race Track officials were called, as well as the local Fort Erie Fire Department. Together with a group of Fort Erie horse people and veterinarians, they were able to safely rescue Mr Changue from the hole, with only a couple of minor scratches.

Among the rescue crew were Fort Erie maintenance and race office staff who have been trained through programs like the Large Animal Emergency Rescue Training. These members were able to apply some of the knowledge they acquired through the program to safely rescue the horse.

Albu gave Mr Changue a couple days off to rest and decide how to move forward. "He only had a couple of scratches on him. The first day he was a bit quiet and wasn't acting like himself, but by the second day he was sharp and high strung and wanting to get back out on the track." Albu has been training Mr Changue for over a year. "I know him well and I know his personality. He had a lot of energy and was telling me that he was ready to do this."

Jockey Kirk Johnson is also familiar with the horse, having partnered with him before, and was called to take him out for training one morning. "When they came back in, Kirk told me he could win a race tomorrow if I ran him. I had all the confidence in the world that he was ready, and decided to run him on Prince of Wales Stakes day.”

"He ran a monster race and won, and I couldn't be more proud," continued Albu, who plans to run him next in the Bob Summers Memorial Cup on August 13.

Under his care, Mr Changue has run 10 races, with four firsts, four seconds and two thirds. He has 43 career starts, with $99,411 in earnings.

Mr Changue has generated a lot of attention, but Albu says he's ready to move on, and get back to what he loves to do.

"We might be competitors on the racetrack, but when someone needs help, our whole community comes together, and I can't thank people enough for all they did to help Mr Changue that day."