Nine horses nominated for the 85th Prince of Wales Stakes

FORT ERIE, September 18 - The 85th running of the Prince of Wales Stakes, the second jewel in the OLG Canadian Triple Crown is coming up on Tuesday, September 29. Nominations closed on September 16, with nine horses looking to compete, including six contenders from the Queen’s Plate who will be seeking a rematch on Fort Erie’s dirt track. 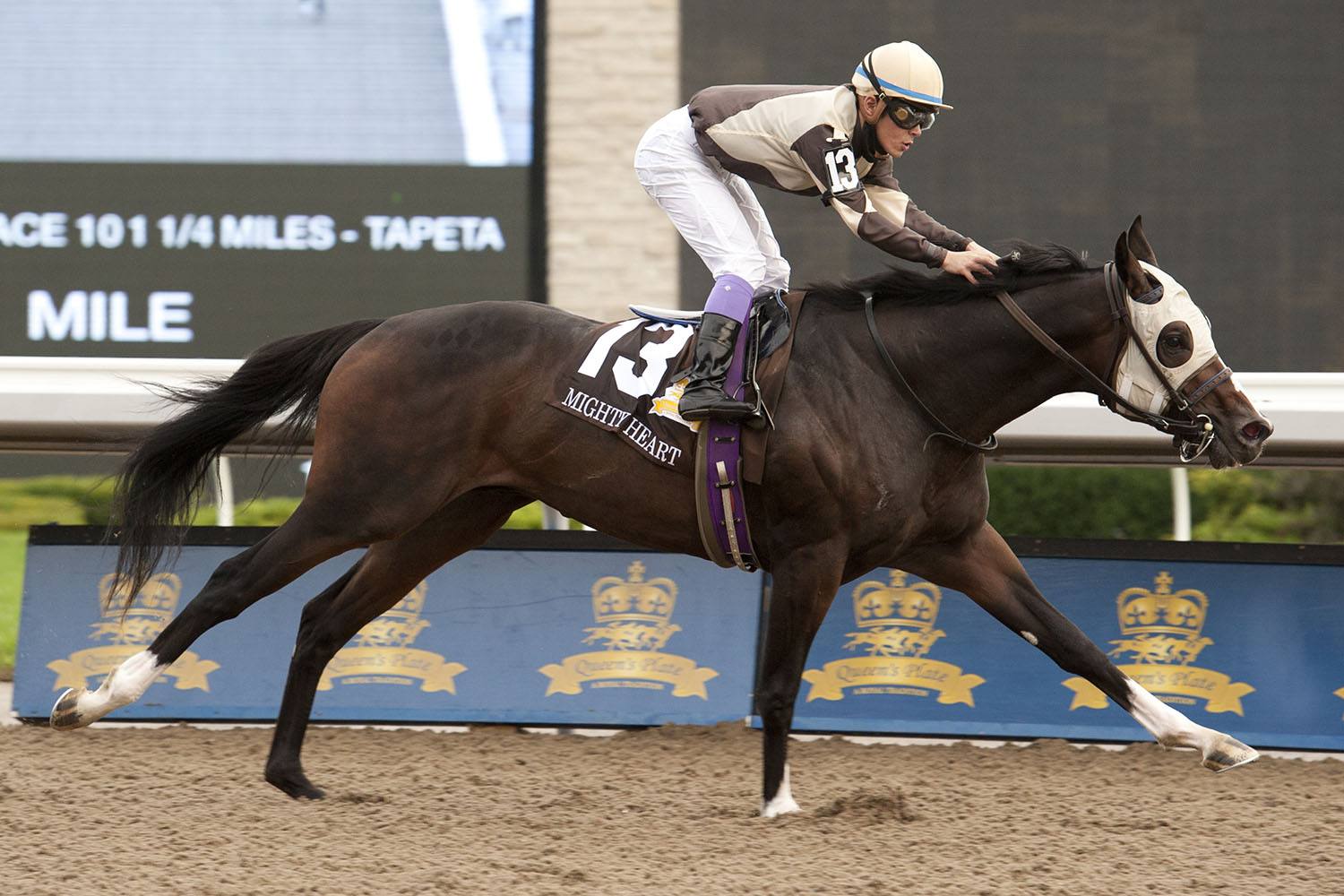 Queen’s Plate winner Mighty Heart has kept his name in the running for the Prince of Wales. After an impressive 7 ½-length victory in 2:01.98 (the second fastest Plate run since 1957), the one-eyed wonder horse may be making a run for Canadian Triple Crown history for trainer Josie Carroll and owner Lawrence Cordes. Jockey Daisuke Fukumoto was in the irons for the race, making his first Plate start. He is no stranger to the border oval, having made many trips to Fort Erie winner’s circle as an apprentice rider.

Trainer Kevin Attard is looking for a rematch, after QP favourite Clayton finished third in the Plate, a neck in front of Tecumseh’s War who is also looking for another chance to find the winner’s circle for trainer Catherine Day Phillips.

Dotted Line trained by Sid Attard, Truebelieve for trainer Cole Bennett, and Halo Again for trainer Steven Asmussen are Plate competitors keeping their name in the running for the Prince of Wales. Asmussen won the 2019 edition of the race with Tone Broke, and has hopes for better results with Halo Again in Fort Erie after a disappointing last place finish in the Plate.

Trainer Mark Casse did not enter any competitors in this year’s Queen’s Plate, but he’ll be looking to bring Bold Victory and Muskoka Giant to the Fort for some Prince of Wales action. Trainer Santino DiPaola will also be adding Enchant Me to the competition.

The $400,000 Prince of Wales Stakes is the 2nd jewel in the OLG Canadian Triple Crown, for three-year-olds foaled in Canada, running 1 3/16 miles on Fort Erie’s dirt surface. First race post time on September 29 is 2:10 p.m., with the Prince of Wales race scheduled for approximately 5:37 p.m. Due to COVID-19, Fort Erie Race Track will be closed to spectators. Fans can watch online or tune in to the Canadian Triple Crown Broadcast beginning at 5:00 p.m. on TSN, sponsored by OLG.

The Prince of Wales Stakes draw will take place on Friday, Sept. 25 at 12:00 p.m. and will be streamed live online at http://forterieracing.com/streaming-and-replays.

For more information about the Prince of Wales Stakes, visit http://forterieracing.com/prince-of-wales.

Photo from the 2020 Queen's Plate, by Michael Burns Photography